Decoding The Secrets For MSME Funding and Financing

Today, there are 150 million startups worldwide, and 50 million new startups are founded each year. Every day, on average, 137,000 startups are founded. By any measure, they are substantial sums. But the issue still stands: How many startups actually manage to weather the ferocious storms of change that have fundamentally altered today’s startups?

Yes, there has been a significant paradigm change. And that change has made it harder for startups to function as a whole. These difficulties can be divided into:

There are problems everywhere. Businesses, in general, and Startups in particular, are not exempt from the numerous difficulties we now confront. There are tactics that can aid companies in their fundraising approach while facing these difficulties.

It is crucial for a founder seeking seed investment to be aware of their industry. The secret is to gain a complete understanding of the characteristics of the market, including market size, price, customer profiles, acquisition channels, the optimal go-to-market strategy, the stage of technology adoption, and personnel skill requirements, to mention a few.

The Founders’ key competencies are their enthusiasm for the issue they are trying to solve and their confidence that they can create a workable business model to support their solution. The Founder must possess a particular level of storytelling talent for this project and must be well familiar with the storyline of what he is constructing in the future.

An enthusiastic founder will discuss the issue he is trying to solve, write about it on sites like Medium.com, and appear at events. All of this is really beneficial for the seed round fund-raise since investors are probably going to Google him and the startup! One must thus have a strong Google presence. Check out this piece on venture capital and angel investors on Inc.com. (interlink here)

Investors are at ease knowing the product is visible after the MVP (Minimum-Viable-Product) is developed. There is a lot of uncertainty, though, because this is before income. The more a founder works to find a product-market fit (PMF), the greater his prospects are of getting seed money.

It would be fantastic to have letters of support from possible distributors, manufacturers, and other key sectors that can provide visibility of cash flows right after the investor injects capital.

We’ve seen that when there is an FMF (Founder-Market-Fit), getting seed money is not only simple, but founders may raise a sizable amount of money. For instance, 10club received $40 million in startup money because of the founders’ past achievements. In order to fund CRED, Kunal Shah sold Freecharge to Snapdeal and raised $30 million.

Several case situations that demonstrate how these techniques operate

Case Study 1: A client with more than three decades of experience in FMCG and beauty products companies around the globe developed completely organic formulations of beauty products (for women, men, and children) that complied with ECOCERT COSMOS V3, the best organic certification (based in Europe), that was at the time available worldwide. We performed some background research as this firm had no revenue. We received emails requesting our items from 28 distributors in India and the largest distributor in the Middle East. We also received a document from the certification body ECOCERT COSMOS attesting to the items’ 100% organic status.

Case Study 2: A BPO (Business Process Outsourcing) customer needed money from venture capital. The company was transformed into a tech-enabled firm, and the story was revised to portray it as an impact business. We established clear standards and procedures to help the firm meet a number of impact metrics, including the proportion of women in the workforce, training for non-graduate employees at company expense, hiring from tier two and three locations, etc.

Case Study 3: An innovative CRM, facial recognition software, a smart database manager with AI capabilities, robots that can retrieve medications from pharmacies, and a comprehensive offering that addresses lifestyle management and healthcare for all of its clients helped a retail pharmaceutical client pivot the business.

Case Study 4: An IIT-JEE entrance preparation company with around $60 million in annual revenue started a new company by gamifying K–12 curricula in the local tongue. By developing gamified material in regional languages as well, we refocused the company. We adjusted the go-to-market strategy since the firm wasn’t making much progress in terms of income and we allowed them to engage in long negotiations with the government, which resulted in a big rollout of the app among kids attending government institutions. As a result, the corporation earned INR 100 per pupil, bringing its total income to INR 350 million!

Case Study 5: A video-based online short course provider was having trouble gaining momentum. After doing an analysis, we came to the conclusion that the marketing team was having trouble persuading potential consumers due to a lack of credibility. We informed them of a workaround in which the business partnered with India’s leading online employment provider, which had a huge number of positions available on its platforms. In order to promote the Ed-Tech firm’s courses to job searchers on its website, the jobs company built up a specialised call centre and effectively claimed that it would assist them to get the positions offered. The ed-tech business doubles the pricing of its courses and split each course’s earnings 50/50 with the employment portal. Both businesses made enormous gains.

Case Study 6: Yet another ed-tech business was struggling to get more people to their website’s courses. We informed them of a recent occurrence in which YouTube had drastically decreased the payments it made to providers of video material on its site. As a result, many popular YouTube channels didn’t make as much money as they formerly did. The ed-tech organisation should start purchasing these YouTube channels, as per our advice. By purchasing these channels for as little as INR 8 per subscriber and redirecting the traffic from those channels to their platform, the firm was able to become successful.

When should a startup consider raising money?

The best time for a startup to raise capital is when it has already attained PMF (Product-Market-Fit), which means that primary and secondary market research has been completed, customer preferences have been mapped and incorporated into product/service features, types of offerings and their prices have been finalised, the go-to-market strategy and distributor/supply-chain tie-ups have been completed, and a strategic roadmap has been put in place. Potential investors can invest money for marketing and other scaling-up operations once the business has begun to generate some early income because they feel assured.

At this point, the founder can also take pleasure in a favourable value as the result of their labour of love.

How can one develop a business mindset?

Many times, founders are early in the game, which means they invented something that investors haven’t taken an interest in yet or the market hasn’t developed enough to support the product or service with cash flows. This occurred with IndiaMart, from which Udaan emerged several years later and eventually turned into a unicorn.

This occurred on a number of Pearson Education products, which had excellent leadership in edtech but missed the huge rally in which several startups received enormous money. However, despite this, both IndiaMart and Pearson succeeded, prospered, and paid their founders! But now that you’re an entrepreneur or aspiring entrepreneur, you are aware of the effective tactics for your next fundraising campaign for your cherished firm! 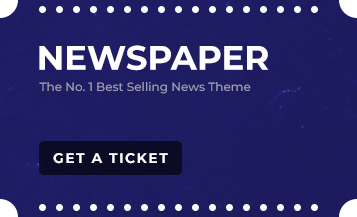 SME Infoline is a one-stop resource for every concern pertaining to startups and MSMEs. Our philosophy is to conduct thorough research to curate information and strive endlessly to develop the best resources to help you succeed in your venture.